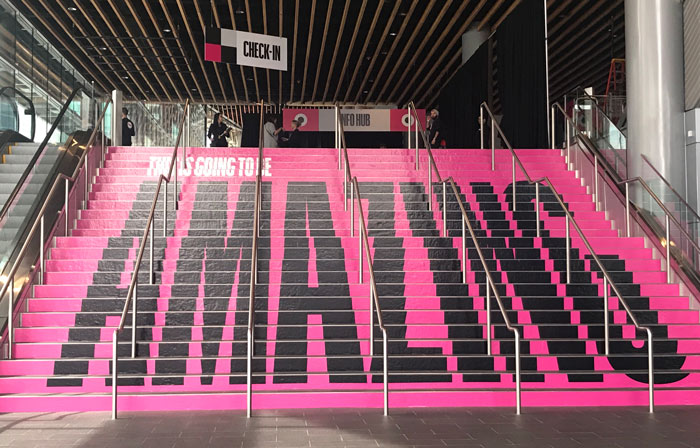 I am back from TED 2018 “Age of Amazement” conference, my head full of ideas some exciting and some very scary about where humanity may be going: from AI, synthetic bodies and ability to edit and program DNA to new ways to learn about our bodies, new approaches around global warming and rockets to Mars.

I need a couple of weeks to incubate and summarize my thoughts (check my blog later this month) but if you cannot wait, here are 10 quotes that will give you a flavor for the conference.

Nora Atkinson, an art curator asked the question “Do I care (about art) because it move me or because it costs a lot and I am supposed to (care)?” In her talk she explains why Burning Man art is possibly the only place where art is created to move, to be collaborative with no commercial role since most of it is burned or has to be moved back at the creators’ expenses.

James Bridle looked at videos targeted at small children on YouTube such as the surprise egg videos (apparently there are 1000s of them and some are definitely not for kids) and presented a challenge: “it is impossible to know where the information is coming from and its purpose (besides money for clicks)”. He concludes by describing the risk of automation (to suggest videos) and relying on machine learning which he describes as “software we do not really understand.”

Kristy Duncan, now Minister of Sciences in Canada explains how Canadian politicians have drastically changed their approach to science since 2015  — “the war on science is now over” — and believes that politicians have to stop suppressing scientific facts for partisan gains. “You do not mess with something as important as science” and scientists must be free of partisanship.

Frances Frei a Harvard Business School professor and former SVP of Leadership at Uber explained that creating trust requires empathy, rigor in logic and authenticity and that a leader’s role is to “create the conditions where it is safe to be authentic”.  She was relatively success with the first two elements at Uber, but the third one not so much and left after only nine months. 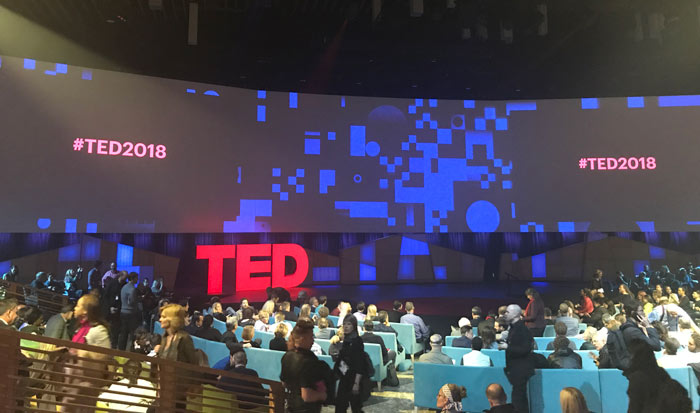 Simone Giertz, a YouTuber and inventor, famous for her useless machines, explains that “the easiest way to be at the top of your field is to choose a very small field” and that inventing useless machines has “removed the pressure (not to fail) and has allowed her to just play”. She concluded that ”maybe a tooth brushing machine is not the answer (to being lazy about brushing your teeth) but at least you are asking the question”.

Jasmine Green works for Alphabet and is looking at solutions against violence on line. She asked “what if the technology could enable empathy at scale”?

Cesar Hidalgo has been studying democracy and the low levels of participation and ask us to consider that “democracy has a bad user interface, this is why we do not use it much” He offers a radical solution: using AI as a way to introduce more direct democracy, with AI being your proxy for voting for measures that represents your values and interests.

Dan Gipson explained how you can now edit DNA and soon “send vaccines in a digital file (to create locally) rather than stock piling”.

Kashmir Hill, a journalist looking at privacy issues had her house full of 18 connected objects for a few months and realized how much data companies have access to when you buy a smart device. She explains that while we have somewhat of an understanding that our data may be shared when we get free services, it is infuriating that “with the Internet of Things, you are still the product!”.

Finally, Jason Lanier suggested that we need to get out of the free internet services model (think FaceBook, Twitter and other apps) paid by advertising because these corporations have become “behavior modification empires” and that we cannot “have a society where if two people want to communicate they have to go through a third party that is wishing to manipulate them”.

If you are curious the full line-up of speakers check it at https://ted2018.ted.com/speakers. You can also check our articles about previous TED conference.