Thinking about our behaviors:

“The costumes are how we revealed ourselves to each other.”

Adam Savage talking about his love of costumes, and what happens at Comic Con

“Getting out of the 2D world (of screens) to live in a 3D world, will enable us to return to the humanity.”

Alex Kipman, inventor of the Hololens, a virtual holographic interface

“The act of sharing is becoming more important than the experience itself.” 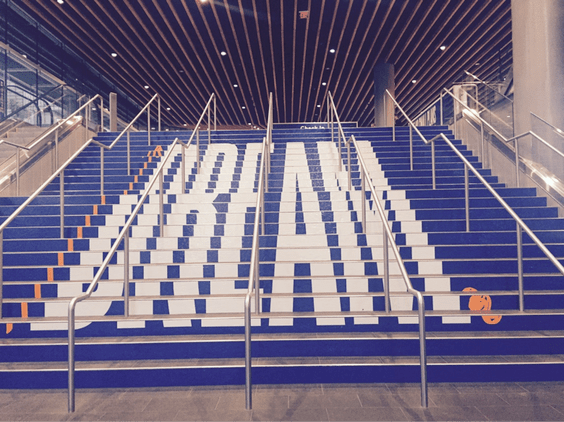 About creativity and imagination:

“The moderate ’precrastinors’ are the most creative,“ and “quick to start, slow to finish boost your creativity”

“Great dreams are visions coupled with strategies to make it happen.” and “shifting your perspective is more important than being smart.”

“When status quo is the riskiest option there is no other choice than disruption.”

Haley Van Dyck from the U.S. digital services explaining how the government is changing the way they support citizens through digital applications and on-line support

“Turning fear into fun is the gift of creativity.”

Joe Gebbia, co-founder of Airbnb referring to how Airbnb made it acceptable for strangers to stay at your house

“The revelation was when people start commenting, giving feedback.”

“What holds us back (on developing interstellar voyages) is people’s perception of who has the answer, the need for different people on a team, fear and looking back.”

About politics and racism:

“ISIS has as much to do with Islam as the Ku Klux Klan has to do with Christianity.”

About gender biases and its implications for women:

“We raise boys to be brave and girls to be perfect.”

Reshman Saujani founder of Girls who Code, talking about imperfection since failing and errors are part of coding

The google art project (google/com/cultural institute) is a huge virtual gallery with astonishing search ability. For example, you can find all art pieces from 850 institutions that have a connection with lemon!

To conclude, I would like to leave you with a question related to the TED theme this year — DREAM. The question was asked to the audience by humanitarian Dan Pallotta, and became a conversation starter throughout the conference:  “Instead of asking what do you do, ask what do you dream?”

If you want to learn more about creating a “TED like” talk you can check the newly release video by Chris Anderson about creating TED talks at www.ted.com/talks or check his new book TED Talks: The Official TED Guide to Public Speaking

Creativity and Innovation conferences to check this month:

For those who want an immersion in innovative organizations, check Fast Company Creativity Counter- Conference. Conference is in LA, May 24-25,

For the experts, CEE, the Creativity Expert Exchange is in Buffalo June 11-13 with some exciting programming (I am biased here since I am part of the committee and will be presenting), interactive workshops and news from the top experts in creativity.

For all interested in innovation and creativity, CPSI, the Creative Problem Solving Institute offers many workshops and opportunities to learn the process June 14-19