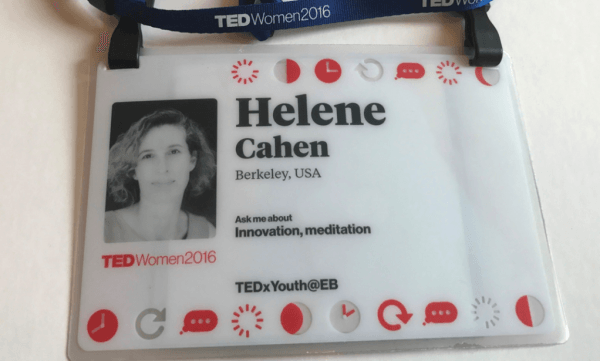 I have a confession to make. I am addicted to… TED! Last month was the third time I attended a TED Women conference and once again I was amazed with the people I met and the conversations I had. Where else could I meet a women test pilot, a journalist living in Kenya and a TEDx organizer from Israel?  We tend to live in silos; mostly meeting people like ourselves, so TED conferences are a fantastic way to break through those barriers.

The levels of violence, racism, sexism and sheer meanness post-election, has reinforced the power of women united to create to changes we want to see happen in our life and the world. The amazing speeches will hopefully provide inspiration for continuing to make changes for a better world.

In this first article, I will highlight talks around violence and prejudices, with a hope for tolerance and creative changes.