Showing Up: What I Learned at TED Women 2018 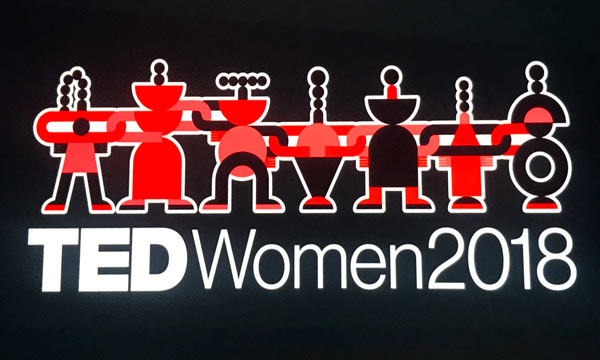 I am addicted to TED. There is no other conference like it with a mix of amazing women, great conversations and great curation. Last month,  I was in Palms Spring attending my fourth TED Women conference where the theme was Showing Up — and did the speakers and attendees show up! I had fascinating conversations on topic as diverse as augmented reality, women leadership, micro lending in Liberia, new material made from bacteria and the need to have 70% women in organizations or politics to really create change.

While my head is still spinning, here are a few topics that stay top of mind:

The Power of Women

Today, more than ever, women have the power to be change agents for girls and other women, by providing the ability to transform their life through education and action. Three talks in particular resonated. Shad Begum described how she has worked relentlessly to improve women’s involvement in politics in northern Pakistan; Ashweetha Sherry shared how she provided access to education for girls in rural India; and Kakenya Ntaiya shared her story about ending genital mutilations and providing education for African Masai women.

Climate change was of course a prime topic with new solutions suggested. 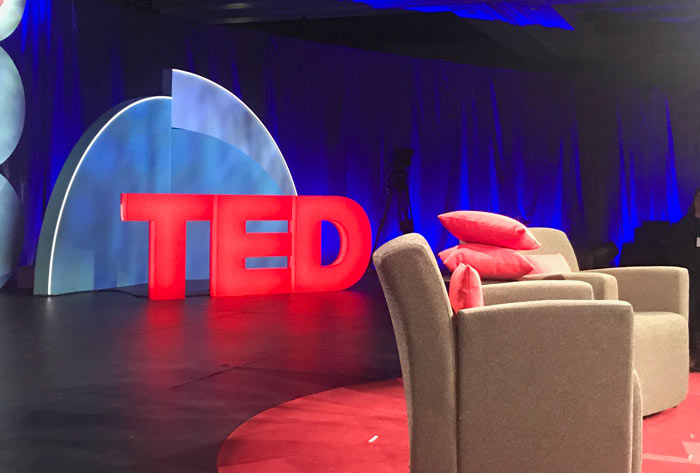 Innovative ideas about  impacting on everyday lives was also a prime topic at TED.

Augmented Reality for Connecting the World

Galit Ariel made me rethink my understanding of Augmented Reality (AR) when she highlighted how it can “connect the world in a whole new way.” By transforming the way you interact with your real environment through AR, one can expand their experience (rather than transporting you in a world disconnected from your physical space with Virtual Reality).

There was a funny yet meaningful talk where Lucy Cooke showed how the sloth’s slow pace has huge benefits and highlighted lessons we can learn from challenging our assumptions that slowness is a handicap.

Challenges Around Social Justice and Pain

Of course, a TED conference has to have some fascinating science. In a workshop we learned how Biofabrication can use biology (bacteria, mushroom, yeast) to create products (think shoes, furniture) and solve key problems. Finally in her talk, Karrissa Sanbonmatsun she explained how DNA remembers trauma and rebuilds itself everyday via Ribosomes. So yes, we can modify our DNA.

This conference was definitely an invitation to reflect and consider new ways to show up. As Stacy Abraham said in the closing talk of the conference, “we have to go forward, because backwards is not an option and standing still is not enough”.

In what new ways can we all show up and move forward in for 2019?